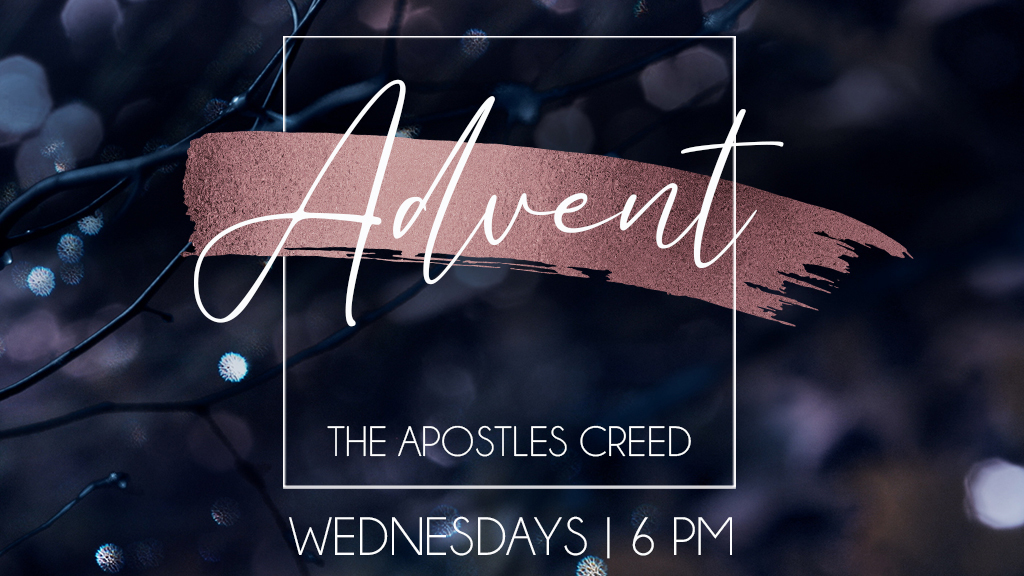 Save to your Calendar

At first glance, it might seem a bit strange to suggest a midweek series for Advent based on the Apostles’ Creed. But if Advent has to do with God’s gracious condescension to humanity, then the Apostles’ Creed as Luther has taught us to confess it in the Catechisms makes perfect sense.

Luther writes: “For in all three articles God himself has revealed and opened to us the most profound depths of his fatherly heart and his pure, unutterable love. For this very purpose he created us, so that he might redeem us and make us holy, and moreover, having granted and bestowed upon us everything in heaven and on earth, he has also given us his Son and the Holy Spirit, through whom he brings us to himself. For, as explained above, we could never come to recognize the Father’s favor and grace were it not for the Lord Christ, who is a mirror of the Father’s heart. Apart from him we see nothing but an angry and terrible judge. But neither could we know anything of Christ, had it not been revealed by the Holy Spirit” (LC II:64-66, K-W, 439-440).

The sixteenth century hymnist, Ludwig Helmbolt (1532-1598) provides us with a template that echo Luther’s words in the Large Catechism: “For thus the Father willed it, Who fashioned us from clay; And His own Son fulfilled it And brought eternal day. The Spirit now has come, To us true faith has given; He leads us home to heaven. O praise the Three in One!” (713:7 Lutheran Service Book)

The sermons for this Advent series will be based on Chapter 3 “Disciples Confess the Faith” in Luther’s Small Catechism: A Manual for Discipleship by John T. Pless. Each of the three midweek services will focus on an article of the Apostles’ Creed. We will be following the Prayer and Preaching order of service from the Lutheran Service Book. Services will be offered in person only at 6 pm on November 30, December 7, and December 14.

Nov 27
The Hanging of the Greens